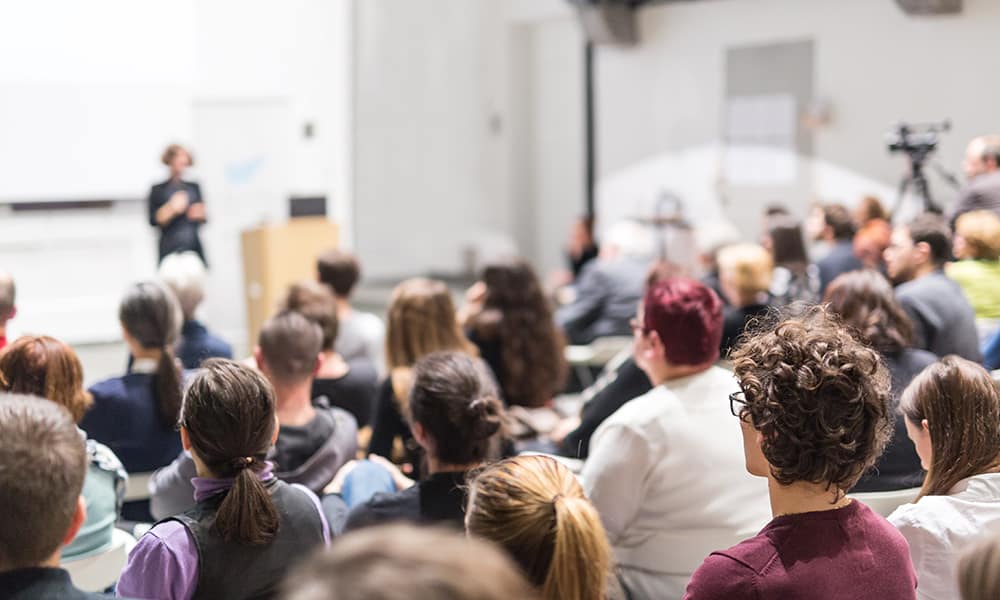 It’s no secret that the UK is in the midst of a mental health crisis. One in 4 people in the UK experience a mental health problem each year and in England, one in 6 people experience a common mental health problem like anxiety or depression in any given week, and a third of all sickness notes are mental health related. What’s increasingly becoming a concern is how this has manifested in one of the most vulnerable groups of society; young people and specifically, university students. Full-time university students with a declared mental health condition are more likely to drop out, less likely to achieve a first or 2:1 degree, and devastatingly, last year there were 95 suicides recorded over the course of a year. As well as the issue of student mental health, universities must also monitor student engagement and progression if they want to help facilitate students’ university experience.

Universities are under increasing pressure to address student mental health by offering more counselling services, but mental health isn’t just a university issue, it’s a societal one. Despite their best efforts, universities like many other facets of society have limited resources to improve student wellbeing, and most only have a handful of people available who are qualified to make an assessment about student mental health. Instead of aiming for a ‘blanket approach’ by providing everyone they can with some level of support, UK universities need a more focused way of being able to help those in need.

Certainly, steps are being taken to combat student mental health. The Office for Students (OfS) announced a £14.5m programme earlier this year with the aim of sparking a step-change in student wellbeing across the country. However, a lot of efforts are proving to be misguided or ineffective in dealing with student mental health. One university faced backlash last year for going beyond a reasonable expectation of privacy by collecting data from students’ social media profiles to spot suicide warning signs. Others are still relying on demographic profiling, seeking to help a ‘type’ of person, rather than considering students as individuals.

Universities instead need a strategy modelled on a ‘triage system’ to identify early, the student who is stressed about an upcoming exam, the one that is anxious, and the one that is having dark thoughts, before they become crisis so they can all be directed to an appropriate help. The approach many universities have taken to tackle student engagement and student mental health has been to implement or adapt processes internally to gain visibility of real-time engagement through learning analytics. Beyond simply quantifying activities like lecture attendance, it’s having a view of data that shows you how their behaviours are matched against positive outcomes, their peers and more importantly themselves, so their subtle changes in behaviours could alert early to problems – whether academic or otherwise, providing a more complete picture of a student’s experience in order to carefully determine when and where to intervene, aiding student progression.

UWE Bristol, for example, implemented this in support of their whole university approach to ‘mental wealth’ or student mental health. They acknowledged that there was a problem regarding student wellbeing and this allowed them to get ‘up-stream’ of the problem.  They found that it not only helped focus efforts, but unearthed students that wouldn’t previously have been identified. Nottingham Trent University – which had been assessing student behavioural patterns for a number of years for things like attrition, also began using this approach to support student wellbeing. In both instances students are identified as having either low, partial, good, or high student engagement. This means that a tutor can identify and help students with their wellbeing in a similar way to how they advise on coursework. They can make a note to ask a ‘partially’ engaged student how things are going in their next scheduled meeting, or they can email a ‘low’ engaged student to set up a catch up that week. If student engagement isn’t visible in two weeks, their tutor is prompted automatically via email to check in with them.

One of the most important parts of this approach is the fact that students have full visibility of the same data, which is an integral part of growing trust between the student and university when it comes to an issue like student mental health.

Of course, universities aren’t qualified to make diagnoses about their students, but they have a significant role in being a route to seeking help at what is arguably one of the most vulnerable times of a young person’s life. By going beyond having a birds-eye view, and having a comprehensive understanding student mental health as well as student engagement and progression, universities can direct every single person to help that is just right for them with more accuracy and potentially, less resources.