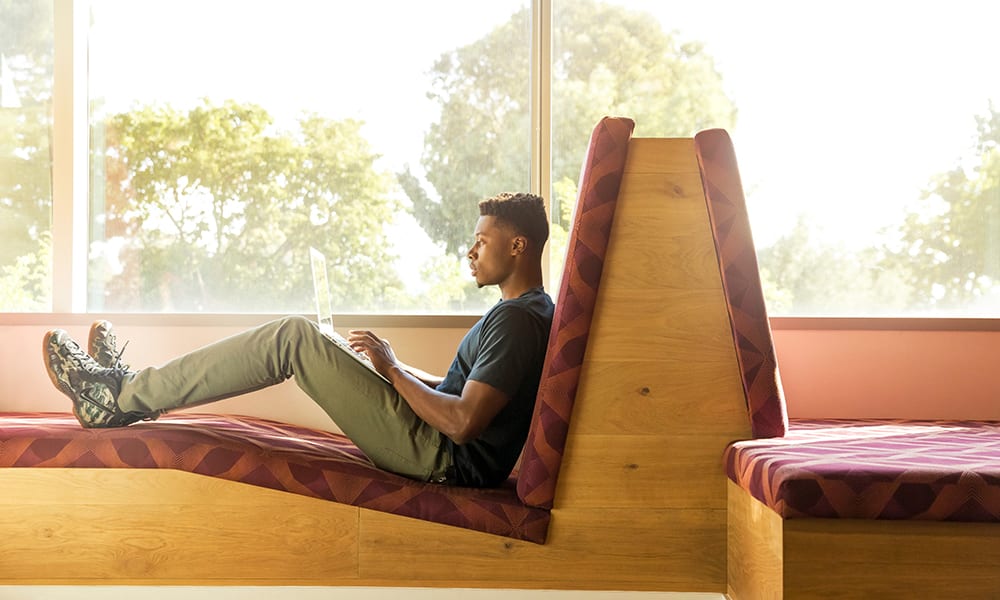 With World Mental Health Day having recently taken place, over the last few weeks people across the globe have been reflecting on an important societal issue and steps that can be taken to support the most vulnerable in our society. At the same time, university students have been settling into their courses, and learning to adapt to new, unfamiliar environments. This is a good time to reflect on student well-being, especially as stories surrounding mental health and student suicide have unfortunately become commonplace in the news. Last year, figures from the Office of National Statistics recorded 95 student suicides over the course of a year which demonstrates that this is still very much an issue that needs attention.

This is a sentiment shared by many surrounding student mental health and student wellbeing, and steps are being taken by public bodies, universities and industry with an aim to reduce if not eradicate student suicide. The Office for Students (OfS) announced a programme earlier this year with an aim to help reduce student suicides, and some universities have aimed to explore early indicator systems that identify those in need of support with student engagement and progression and direct them to appropriate services.

However, with the output of these efforts being the safety and wellbeing of our students, we need to ensure they’re as immediate and considered as humanly possible. While many approaches are well-intentioned, the ways in which they are being implemented are fundamentally flawed. The most common mistake is using unreliable information to identify students. For example, some identification systems or initiatives are relying on demographic profiles, personal attributes or self-declared data to identify at-risk individuals, even data from student social media profiles. These ‘data types’ may correlate with a risk, but often don’t support when to intervene and risk stigmatising those who need help with student engagement.

Furthermore, these are unproven approaches that could result in action being taken where help may not be needed creating more burden on stretched resources – or worse, a student “in need” isn’t identified as mental health can, and does, affect anyone. Rather, insights and actions need to be based on real-time engagement data that is specific to each person, not a ‘type’ of person or how they present themselves online. Data about a student’s engagement with their university atmosphere – data about whether they’re still participating like going to the library, or if they’ve stopped attending lectures, provides real objective insight into student engagement, while also respecting a reasonable degree of privacy.

There are many universities who have already taken this approach and seen measurable impact and not waited for experimental outputs that may or may not work. For example, we worked with Nottingham Trent University and others to embed learning analytics into their institutional practice to help staff support student wellbeing and student progression and to improve student/staff working relationships. In the case of NTU, the university worked with us to co-produce a ‘whole university’ dashboard to generate and display real-time engagement data to both students and staff. If student engagement and activity was low for a number of days, an email would be sent to a relevant staff member asking that they make contact with that individual. This approach means that any intervention is based on facts and can be made quickly. This approach has proven to be more accurate and timelier than using existing data points identified above.

While universities shouldn’t be relied upon to solve the student mental health crisis, they have a significant role to play in being a route to seeking help at arguably one of the most vulnerable times in a young person’s life. Having an approach that can pinpoint at-risk students accurately and quickly using student engagement data, can help universities to support students both academically and personally, allowing universities to ensure that they fulfil one of their core duties; to fully nurture young learners on their educational journeys without profiling or stigmatising them.

By Richard Gascoigne, CEO of Solutionpath With World Mental Health Day having recently taken place, over the last few weeks people across the globe have been reflecting on an important societal issue and steps that can be taken to support the most vulnerable in our society. At the same time, university students have been settling […]