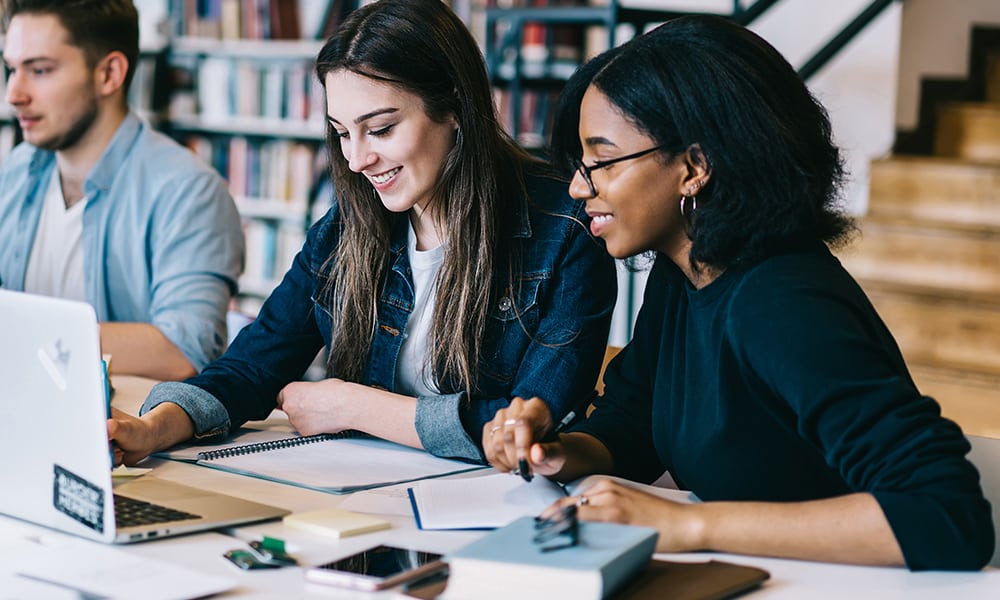 Understanding high drop-out rates for disadvantaged students, and what your university can do to tackle it

When the UK Government called on universities to tackle high rates of student dropouts and low rates of student engagement earlier this year, figures illustrated that disadvantaged students were still more likely to drop out of university compared with their more advantaged peers. Since then, it was announced that University of Cambridge had admitted a record number of underrepresented, disadvantaged students.

Similarly, Warwick University announced efforts to recruit disadvantaged students with a package of measures including financial support, reduced admissions barriers and aid to local schools. However, recent figures from the UK’s Higher Education Statistics Agency (HESA) have also pointed to a trend of disadvantaged students being more likely to drop out and to have lower student progression, adding that the attrition rate between rich and poor students has widened over a year.

In the US there is still the issue of admissions with recent research finding that 38 colleges had more students from the top 1% than the bottom 60%. Even for those who are admitted, the student progression rate for US students from disadvantaged backgrounds is also 10% to 25% lower than the overall rate. While some universities are taking steps to admit more disadvantaged students, it’s another challenge entirely to ensure they are supported throughout their degrees and make it to graduation.

Firstly, it is important to understand why disadvantaged students are more likely to drop out of university during their course and have lower student engagement compared to their peers. While it can be a multitude of reasons, they all point to one fact: university can be a very challenging transition for disadvantaged students. They are often going into unfamiliar environments without the same level of support or understanding of what is to be ‘successful’ compared to their more advantaged peers.

In fact, last year, a report from the University of Stirling found that within advantaged schools there was a focus on building the skills universities desired, whereas, within deprived communities, teachers were facing a long-term “battle” to encourage students to apply. UCAS statistics have shown that the entry rate of school-leavers from the areas of lowest educational attainment in the UK is still low, meaning that it’s less likely that they would have others around them to share experiences in order to help prepare.

The reality is that for many of these students, their barriers to success at University are varied, being the first person in your family to go to university, not having like-minded peers or simply a failure to integrate into University life are significant barriers for student progression and those who may simply be ‘feeling out of their depth’ as they have no points of reference or even feel like imposters.

So, by reflecting their own progress each day back to a student who has no understanding of what ‘good’ looks like, students can be empowered to not only take control of their own learning but seek out their own strategies for success – a key tenet to successful student engagement and progression.

Furthermore, this transparency offers a highly sensitive way to shape services and target those who need support with student wellbeing and student mental health problems. Recent research from Foster & Siddle contrasted different approaches to addressing disparities in attainment and demonstrated that using this kind of data was more accurate than traditional methods, as well as demonstrating that these students needed more support. This means that issues can be tackled head-on and students and tutors alike can identify points to work on easily for the best chance of student progression. It also means that a student can understand exactly where they’re achieving and obtain confidence when they feel overwhelmed.

Many progressive universities are moving to this model of using learning analytics, and ensuring that information is based on real-time information about an individual (rather than using demographics) to ensure that action is taken based on that student’s specific situation, not a broad statistic that often overwhelms services. If there is a significant drop in a student’s engagement with university learning resources, tutors are notified to check in and determine what could be causing the lack of participation which could be, for example, student mental health. This is an incredibly important function to support disadvantaged students, who may have less understanding of readily available support, and consequently blame themselves, further exacerbating their situation and overall student wellbeing.

Giving disadvantaged students the ability to track their own student engagement enables them to see where they might be missing out on opportunities to get involved which could aid student progression. As a result, the university also won ‘University of the Year’ from the Guardian and at the UK’s Social Mobility Awards.

Universities are taking positive steps in improving social mobility, but they need to ensure their efforts have the best chance of succeeding by continuing to engage with students from all backgrounds throughout their course as well as looking out for student wellbeing. With the All Parliamentary Group co-chairs recently claiming that social mobility in the UK has stagnated, getting this right could also have a broader impact on the country as a whole. By ensuring students from disadvantaged backgrounds reach their graduation, universities play a major role in propelling social equality into broader society.

By Richard Gascoigne, CEO of learning analytics company Solutionpath When the UK Government called on universities to tackle high rates of student dropouts and low rates of student engagement earlier this year, figures illustrated that disadvantaged students were still more likely to drop out of university compared with their more advantaged peers. Since then, it […]